The Story So Far

I grew up in the Sutherland Shire surrounded by bushland and with views across the Port Hacking River to the Royal National Park. I spent much of my time climbing trees or squeezing through sandstone crevices to discover caves in the cliff below our house.

I travelled by train to high school so that there was a lot of time to chat to the boys who were also travelling or for my very clever friend (later to become a nuclear scientist!) to help me with my Latin parsing.

I attended Sydney University at the immature age of 16 but managed to graduate with Honours in English and a Dip Ed. I taught English at a number of Sydney high schools and then married the young man I had met at an Orientation Week dance 5 years earlier.

We travelled with our 2 year old son in an old campervan around Europe for a year and then settled in the UK for 3 more years. The overcast skies finally wore me down and we headed back with the kids (son and daughter) to sunny Australia.

We decided on a tree change and a career shift some years ago and retreated from the city to the country, sold our Sydney house and became farmers, running a Wagyu cattle enterprise in the Upper Hunter valley of NSW.

At Webimble, I can gaze over to the Liverpool Ranges and have unlimited moments of inspiration for my writing. The bees encircle my lavender, the finches and willy wagtails nest under my eaves and the echidnas rearrange my rockery on a weekly basis.

Although I live 45kms from the nearest town, Scone, I have developed wonderful connections, firstly with a writing group called Warrah Writers. We met monthly in an old village hall that is still the centre of the Warrah community on the Liverpool Plains. I also belong to a reading group called Scrolls and we celebrated our 50th anniversary this year. 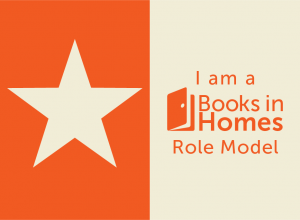