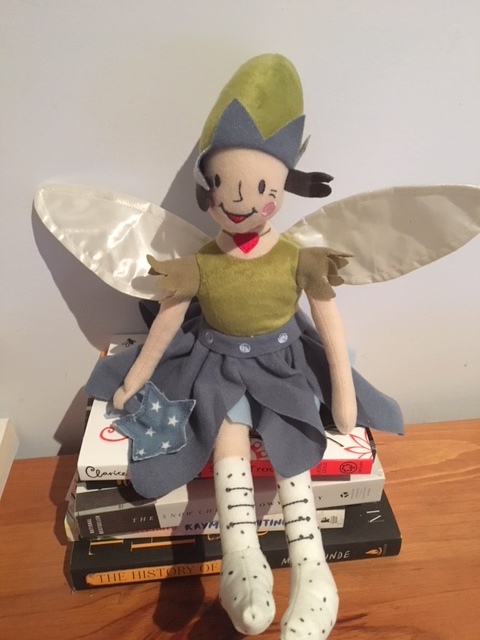 A bevy of authors and a cache of books 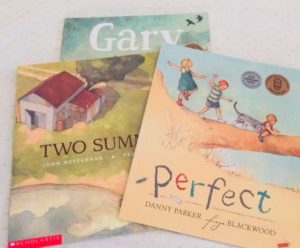 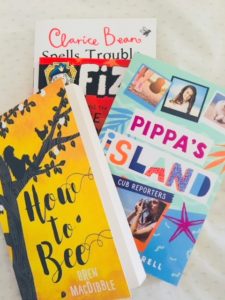 I ventured away from my dry and dying land to the narrow streets and crazy traffic of Sydney. But I was on a quest…to immerse myself in both an art date as well as a book date. I moved from the inspiration of The Lady and the Unicorn tapestries at The Art Gallery of NSW,  to the leafy northern suburbs.

Marian Guinness lured me to the CBCA meeting at Beecroft, with the attraction of hearing her put the hard questions to the Children’s Bookshop owner, Paul Macdonald. She forgot to tell me that the Bookshop itself was an attraction.

Late that afternoon it was full of stars, glittering with authors, poets and illustrators there for the launch of A Boat of Stars, a collection of poetry for children. And around all these stars were shelves and shelves of books, especially Picture Books with their covers displayed, calling me.

I answered the siren call and began making piles of books I had read about, books I had been searching for and books others had recommended. I found Gary and Perfect from previous year’s lists and then the jackpot. I found copies on the top shelf of Two Summers. by John Heffernan, with illustrations by Freya Blackwood, from 2003. It tells the story of my dry and dying land and its different faces.

With the help of the knowledgeable staff I added some other books like How to Bee, Pippa’s Island, Fizz and the Police Dog Tryout, and Clarice Bean Spells Trouble.

I then staggered up the stairs to listen to Marian’s interview and hear about the amazing and exhausting enterprises of Paul Macdonald in his quest to share books and stories with as many kids as possible, as he drives up and down the highways and leaps into so many schools. His responses about distribution, promotion and exposure for authors, who self publish or are represented by smaller publishing houses, were very insightful. 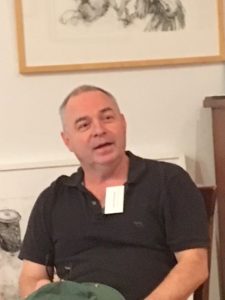 I left, inspired by all the wonderful authors who packed the bookshop and the meeting and drove back north with my brown paper packages rustling quietly on the front seat.