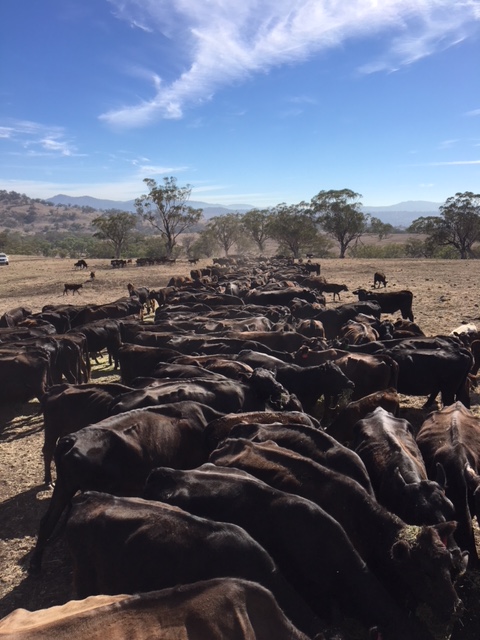 A Hundred Years of Drought 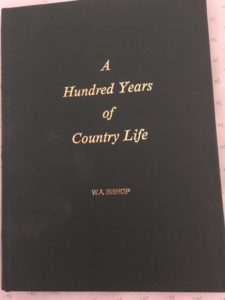 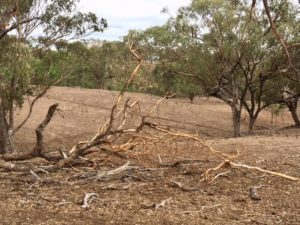 I have a book written by the previous owner of a neighbouring property, ‘Wootton’ near Scone, NSW The author was William Bishop and he called his work, ‘A Hundred Years of Country Life.’ The title belies the hardship he endured when he first came to the area. ‘From November 1918 to September 1920 we were in drought’, he writes.

Now on our property Webimble, just a short distance from Wootton, and a hundred years later, we too are in drought and we have not had useful rain since March 2017. We have sent off truckloads off to agistment further north and sold many cows, leaving us with 2 herds of breeding cows and calves.

Mr Bishop writes about the steps he had to take when there was no feed left and one of those measures was tree lopping.

‘One man working every day could feed about 80 or 90 cattle. He had to chop down the branches, then spread them so that the animals could get the best out of them…only kurrajongs were good feed for sheep or cattle and we had few of these trees.’

The men used half axes and scaled the trees. The footholds they cut in some of the old apple trees and white box, can still be seen in our paddocks.

Today, we drive out with yet another load of hay for the cows and calves, with the rifle stored in the ute. Yesterday we had to shoot two old weak cows who could not get up.

There is a pile of branches lying on the ground, ripped off by the wind in a storm that passed us by, leaving no rain.

The cattle have stripped the branches down to the bare bones and that is what it looks like, lying in the paddock, amongst the bleached bones of the dead cattle from previous bad seasons.

We are lucky that we can buy hay from other areas. In Mr Bishop’s time, the whole of the eastern coast was in drought and no hay was available, so cattle had to be trucked to saleyards, where no bids were offered or struggle for survival on tree fodder.

100 years of Country Life and Drought. Such a cycle.