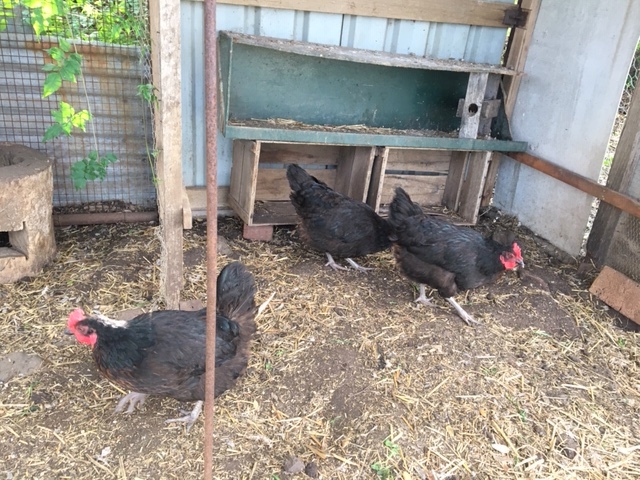 A tale of Chooks 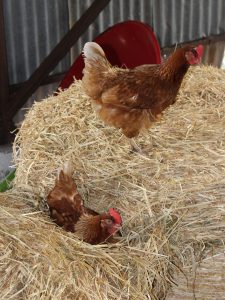 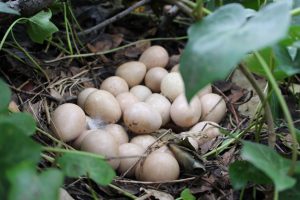 Once upon a time we had a pen of chooks…all Issa Browns. We had three that the kids named(bad idea), then we had two.

The sly fox was always about if we let them roam.

So on advice I bought a few guinea fowl, to keep away snakes mainly but also to warn of invaders.

And very very noisy. Drove us mad. And the snakes kept coming.

Finally one of the guinea fowl disappeared and I found her under the agapanthus, with a clutch of 30 eggs,.

She waited till two hatched then she abandoned the rest! She wandered around the garden, with the chicks under her feathers. but not for long.

One day he swooped and grabbed one of my chooks and the other squawked in panic and flew to the top of the shed.

The remaining Issa Brown had PTSD and stopped laying. 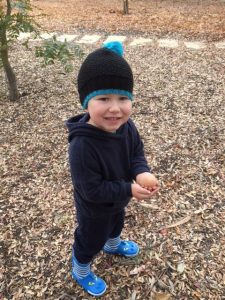 The grand kids still loved her and she let them pick her up and stroke her feathers,

On the rare occasion she laid an egg there was intense competition to collect the warm brown egg.

I finally agreed that she should go…to a better place (Dave’s backyard) and in place of her Dave gave me three black chooks.

They were displaced refugees from a free range egg farm farm nearby where the chooks rode around in old converted buses.

But the new owner was not interested so he sold off all the chooks.

So now I have three again (kids are going to name them …again!) and a short time ago I went up to the pen…and found 2 wonderful white eggs!

I am not sure these chooks like kids cuddling them, but they will get used to it.

I like hearing their clucking and gabbling and I have secured the cage just a bit more tightly as a very pregnant vixen is about.