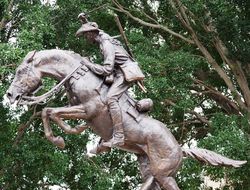 Anzac Day and the Art of the Horse. 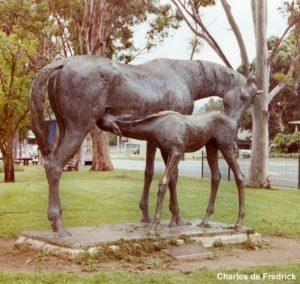 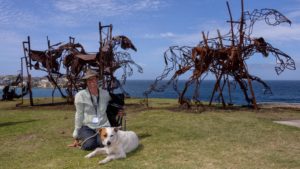 I live in the Upper Hunter Valley of NSW and Scone is called the Horse Capital of Australia. In the area, there are a number of well known horse studs and a Horse Festival week in May, so much focus is on the horse in various guises including eventing, polo, cutting, camp-drafting and rodeos.

But the role of the horse in war is one that is much celebrated too.

The men who made up the Light Horse Regiments and fought in Egypt in World War 1, have become the stuff of legend.  My grandfather was in the 4th Light Horse at the age of 22 and many young men like him, joined up and took their horses on the long sea journey. Only one of those horses ever returned to Australia.

One of the Lighthorsemen, Guy Hayden rode his horse Midnight, and as they leapt over the Turkish trenches the horse took a bullet that saved Guy’s life. He was able to return home but not his horse. That very bullet is in the Hayden family archives at Blandford. On Anzac Day, in many small towns in the Upper Hunter Valley the Charge of the Light Horse at the Battle of Beersheba will be remembered along with the Gallipoli landings and other theatres of war.

There are a number of memorials to the Light-Horsemen, one in Tamworth, the Waler Memorial and a recent sculpture in the centre of Muswellbrook, of a Lighthorseman leaping over a trench. A more modern sculpture by Harrie Fisher, featured recently in Sculptures by the Sea is a display of eight horses in twisted metal, embroiled in the horror of war, with the figure of a dying horse on the ground behind.

There will be solemn remembrance for all those lost in war on Anzac Day. Many who contemplate the occasion will be men and women of the valley who are closely bound to their horses and treasure their connection and cannot help but feel the pain of those men who so long ago, not only lost mates but also had to leave their horses in a foreign land.