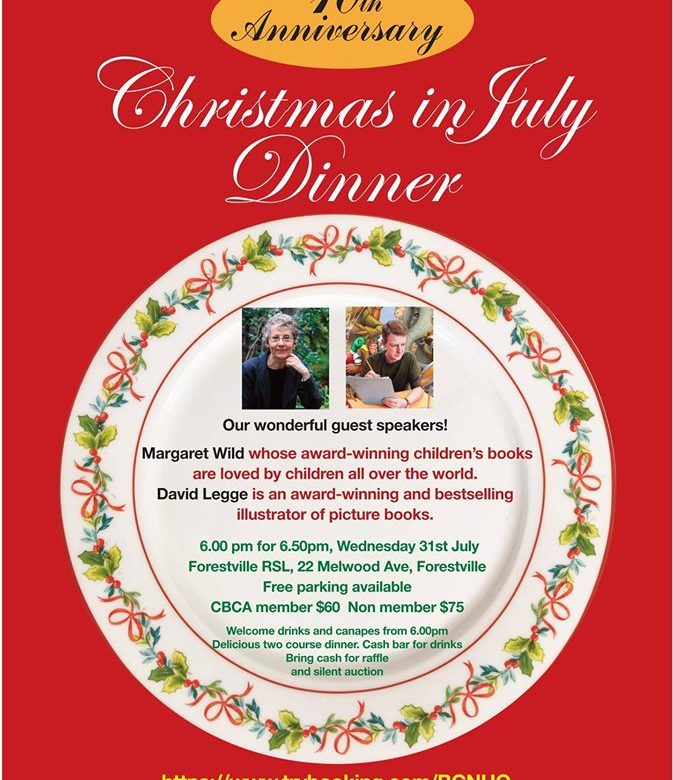 Authors and Illustrators in the wild

I drove down to the urban jungle on Wednesday to attend the 10th birthday celebrations of the CBCA Northern suburbs sub branch.

Its theme was Xmas in July as well so there were lots of reindeer head dresses and sparkly lights as well as Xmas cakes specially prepared earlier by Marian McGuinness.

The guest speakers Margaret Wild and David Legge were a great draw card and they both imparted some words of wisdom for aspiring writers and illustrators. 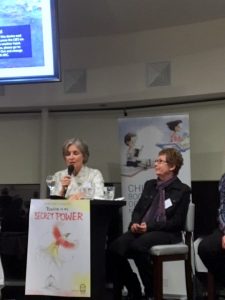 Margaret outlined the contraction of the publishing industry in Australia as well as the decline in local bookshops which was pertinent as two closed down in the area quite recently. She commented that these days some publishers would not champion books they would have in the past and the US market has shrunk. 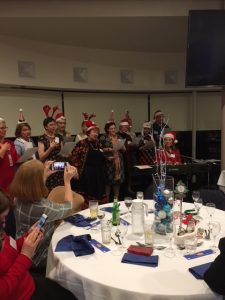 Depressingly for many of us still submitting PB manuscripts, she said it was getting more difficult as Picture Books production is so expensive.She also added that even YA was not so popular and she thought that writing for 5-7 is the best market at present.

Margaret talked about what she thought were important elements in a book for children…put all the important stuff like who, where,what at the beginning to hook the reader. She said she had learned this when she was a journalist in South Africa and the hook was still vital. The other vital thing she said, for a writer of kids’ books is to read poetry. 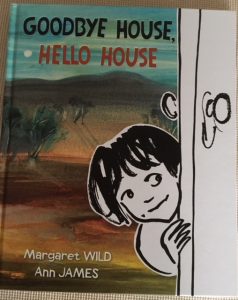 Luckily, due the the energy and commitment of Paul and Beth MacDonald of the Children’s Bookshop in Beecroft, there were books available on the tables at the back and I came away with a signed copy of Goodbye House, Hello House which was perfect as a gift for a pocket rocket grand daughter. Her family is moving house very soon and she could have been the artist’s model for the fabulous black and white images of the child.