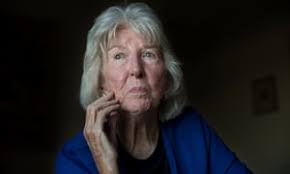 In the Death Notices in the SMH last weekend there was a short entry.

It read :The writer passed away peacefully on Tuesday.

The writer was Elizabeth Harrower and she was 92.

The brevity of accolades reflected her reclusive life in Australia and the lack of recognition she had in her own country.

I met her serendipitously when my supervisor for a 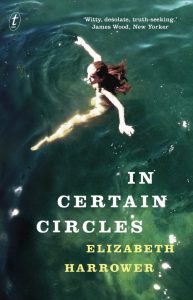 degree at the University of New England, suggested a few names for my thesis topic. She was at the top of the list and I contacted her in 1969.

My degree was in Australian literature and I had read all her novels, but I approached her shyly when she invited me to her flat in Mosman, Sydney. We shared coffee and halva which I thought was very sophisticated. She was amazed that any student would consider her worthy of a thesis.

She was quite reticent about her career and why she had not written anything since the publication of her best known novel ‘The Watch Tower’ in 1966. She and Patrick White had shared a building in London and they remained friends though Patrick was mad at her for abandoning her writing . He inscribed a book for her saying, To Elizabeth, luncher and diner extraordinaire. Sad you don’t also write.

The reason for this is unclear but she was offended that a reader from her publishing company Macmillan, in London, had made a condescending comment about her novel ‘In Certain Circles‘ so she had withdrawn it from publication. I have recently been reflecting on the impact that any kind of rejection, even silent, has on a writer and their determination to keep writing and creating. Apparently it can be long lasting!

Elizabeth came back into my life because of Text Publishing who held an event at the Mosman Library in 2015 to celebrate the fact that they were publishing ‘In Certain Circles’ as well as re-publishing all her novels and a book of short stories. I was able to attend and speak to her but I don’t think she remembered the halva and the young student.

Elizabeth Harrower wrote 5 novels: Down in the City 1957, The Long Prospect 1958, The Catherine Wheel 1960, The Watch Tower 1966 then with Text, In Certain Circles 2014 and A few days in the Country a collection of short stories.

It is sad that this writer passed so quietly, but her work needs to be re examined as it explores so many social and psychological issues that are relevant to society and families today.

Thanks for the help with the Litt.B.