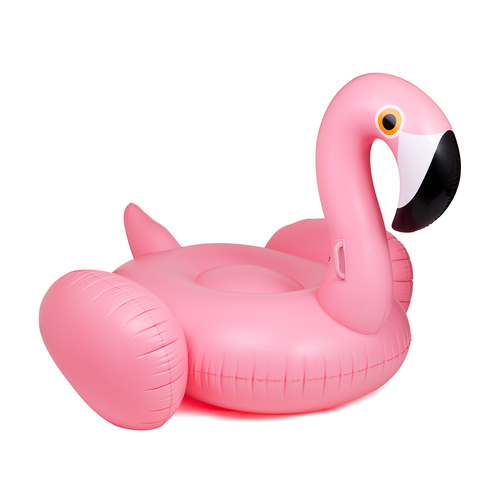 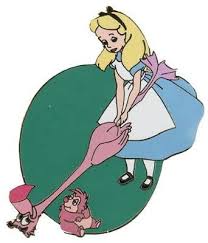 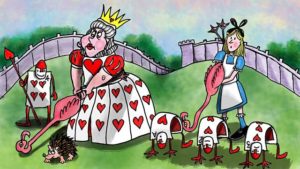 The tiny hedgehog blinked thoughtfully and said, ‘I don’t want to play this game.’

‘Too bad,’ snapped the Queen. ‘You just have to play ball.’

The hedgehog waddled off to consider the situation.

He had quite enjoyed being here in Wonderland, as there were lots of hedges and mazes to root around in, though he had always thought that his species name was insulting. Hedge was OK but hog! Really! He could see no similarity with the fat porkers that wallowed in the mud by the pond.

Beside the pond was a group of flamingos. They seemed to be having a protest meeting, all standing on one leg.

‘Damn croquet’ one said. ‘What a stupid game.’

‘And we’re sick of being used as mallets,’ said another. 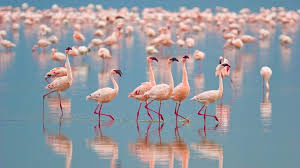 ‘I’ll be in that,’ piped up the tiny hedgehog. ‘I don’t want to be a ball and bashed all over the place. But what can we do?’

‘We need to find a new meaning for our lives. What about if all of the flamingos turn into inflatable pool toys? That’s very trendy.’

‘And what about me?’ said the tiny hedgehog.

‘Well, maybe you could become a boot brush…or a hair brush for the Cheshire cat? Get out all the knots.’ 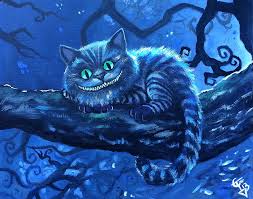 Hedgehog was not too impressed but he signed the petition and they all trooped off to see the Queen with the new plan for alternative employment options.

Secretly they were all terrified of the Queen so they pushed the tiny hedgehog to the front of the line behind all the other petitioners.

‘What!’ yelled the Queen. ‘Aren’t you lot ready for the game?’

‘No your majesty. We think that it does not become a modern monarch to be participating in such a sedentary game for old people. Get with it. Come and have cocktails by the pool and lie in one of the new gorgeous inflatable pool floats. Very relaxing and not competitive. A form of mindfulness.’

‘Mmm. Have heard about that. I do want to be trendy. I’ll give it a go. But don’t think that I have forgotten about croquet. ‘

They all bowed and scraped and the line of flamingos and the tiny hedgehog headed for the pond.

‘Phew,’ thought the tiny hedgehog as he eyed off a thick, topiary hedge.

He figured he could hide there for a very long time.

He looked back to see the Queen lolling in one of the floats with a champagne glass resting in a drink holder. The Knaves were standing around with trays of hors d’oeuvres.

It appeared to be a roaring success.