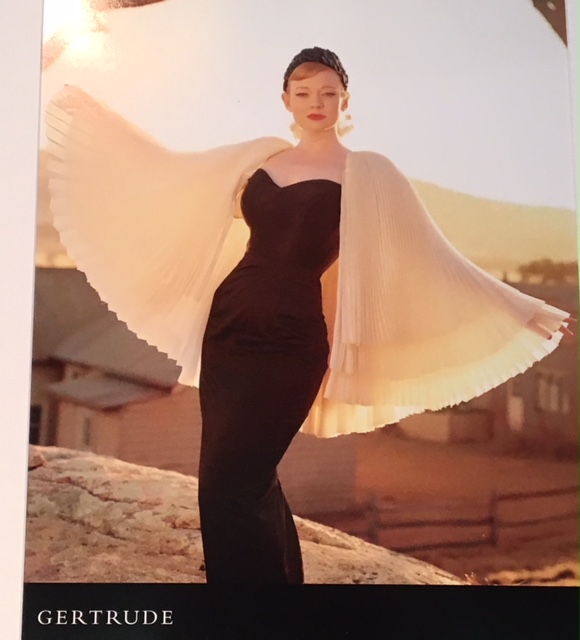 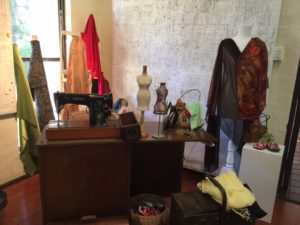 Rosalie Ham, author of the novel The Dressmaker and Sue Maslin producer of the movie of the same name were special guests at the Scone Literary Festival on November 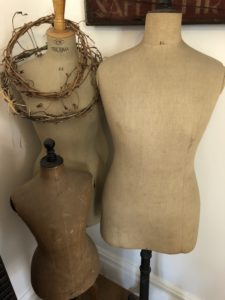 The novel is promoted as ‘An Australian gothic novel of love, hate and haute couture.’ And there was a great deal of love at the Festival and also quite a deal of haute couture.

The quaint Arts and Crafts Hall was styled expertly, with props sourced by Kara; there were dressmaker dummies in slinky dresses, old sewing machines and a complete tableau of thread and materials. And on the walls were photographic stills from the movie, with images of Kate Winslet and others in 50s costume.

Sue and Kate addressed the audience at the soiree out in the garden, while all waited for the sun to set and the movie to begin. They explained how they both had grown up in Jerilderie, which fired their enduring passion for revealing life in small communities.

The novel was published in 2000 and when Sue Maslin and Rosalie re-connected over a game of golf, they were determined to work together to create a film version. The original options were not renewed so Sue Maslin picked them up and work began on the movie.

Rosalie Ham explained that she was happy with the process of translating her work to the screen. The film honoured her book and she trusted in the producer and also the director. Sue Maslin said that the finished product was intensely visual and was true to the theme of the relationship between a mother and daughter.

So with the sun setting and many of the audience attired in 50s dresses, hats and gloves, the movie screen inflated into life and onto the screen stepped Kate Winslet with her sewing machine as her central weapon, ready to take on the town of Dungatar.