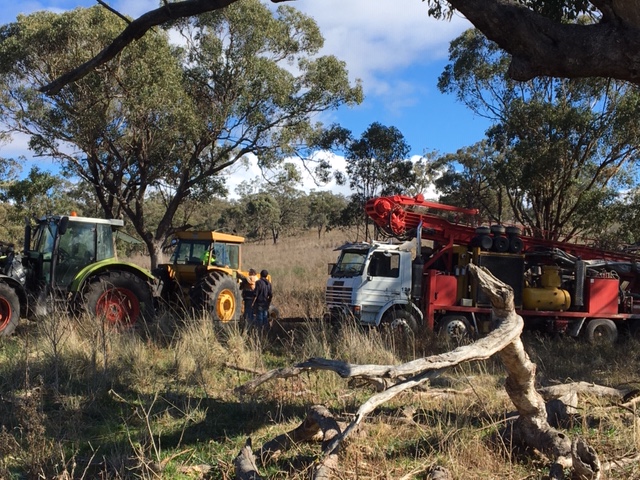 Today we had quite a day!

We had 3 Daves here today, Dave my hubby, Dave 2 and Dave the Driller.

Dave the driller turned up to say that his bore rig was bogged. We had 13 mls last night and although he had tried to drive to a dry part of the paddock, he was stuck.

My hubby managed to start the Klaas tractor and drive down to see if he could tow him out. However, despite the fact that the mechanic had come late last night to check it, the Klaas played up again and once stopped, it refused to re-start. Of course it was now parked right in front of the stuck rig.

My hubby raced home, rang the mechanic and was told to drive to town 59 kms away to buy some new fuel filters for the Klaas. 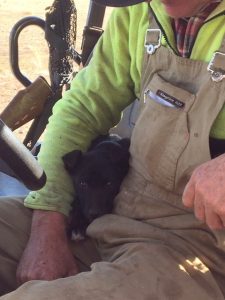 Meanwhile Dave 2 came down from the hills. One of his dogs had wearied of the task and got left behind. I told Dave 2 the tale of the rig and he opted to try and take the old yellow Chamberlain down and see if that was powerful enough. As he set off, his black dog Gidgee, turned up. 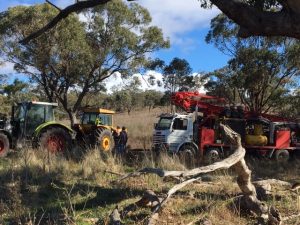 I followed Dave down the road to the rig. The men had dug out the wheels as much as they could. Dave first hooked up the Klaas and towed it out of the way.

Then he circled back and they attached the chains to the rig. With a great deal of rumbling and groaning, it inched forward and Dave towed it across the paddocks and through the tight gate. We waved goodbye.

As they reached the road, my hubby Dave roared back, with the parts at the ready. 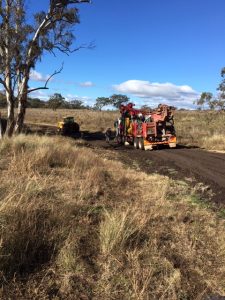 But we had had enough for the morning, so we all came home for a cuppa and will rescue the Klaas later.

And also finish another job I had not mentioned.

This morning I found a very dead old wallaroo in my shed, nestled beside my ride on mower.

He will have to be removed very soon and I hope that’s a job for one of the Daves.