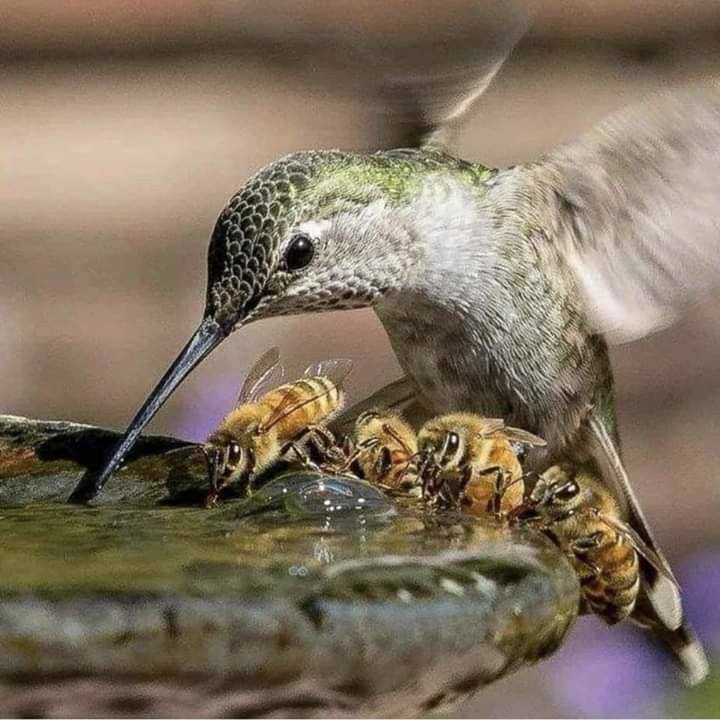 I learnt to swim in Ramsgate Baths, public baths surrounded by a high brick wall, fortressed from the narrow sand stretches and still water of Botany Bay. The cement paths around the pool were always slippery and the air was full of chlorine fumes. Behind the change rooms, there was a corridor of distorting mirrors that swelled and contracted your face and body.

My mother was my teacher and she concocted a harness system that fitted around my waist; she walked along the side of the pool, while I dog-paddled furiously, keeping close to the edge. As motivation for swimming the whole length unaided, I was promised new sandshoes. When I finally touched the slimy tiles at the end and dragged myself up the ladder, she presented me with a box. Inside was a pair of sandshoes, not pristine white but black ones. I lost interest in swimming.

My interest was revived with adolescence and the surf culture at Cronulla beach; I spent summer hours anointed in baby oil, turning and basting, with the occasional plunge into the surf. I learnt to body surf and felt the exhilaration of shooting forward with the wave, then the panic of being dumped, left spluttering with a costume full of gritty sand and totally waterlogged. I remember my hair being stiff with salt and the taste of the sea on my skin, as the water dried to a crust and tightened every pore.

My middle years were spent on Sydney’s North Shore, where we lived on the edges of a high rainfall area, so that the garden was always lush and green. There were seasons when it never seemed to stop raining and inside the house, the walls became damp and musty. We had a pool and found that the children were content to spend all of the summer holidays doing back flips, somersaults, leaping from improvised diving platforms and playing endless games of Marco Polo. My ageing mother came over on sultry summer days, pulled on her bathing cap and swam with her head erect, to keep her hair quite dry, as she side stroked across the pool. 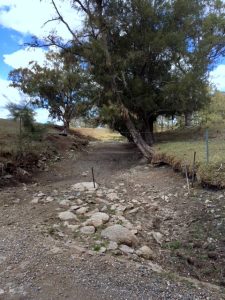 Now we live far from the coast and regard water differently. We have a cattle property and we are witnessing the worst drought in 100 years. During this year, we have watched the creek crossings appear like the buildings of Adaminaby, exposed as the levels drop, and the creek beds fill with the shells of desiccated turtles. We have recorded the despair on the faces of the croppers as yet another season passes with no rain, and we have become paranoid about floats and pumps and valves that control the flow of water to our cattle. As the water table drops, the silky oaks that moaned in the creek beds, succumb to having dry feet and the deep pools where we once could swim are turgid and coated with algae.

Many of our cattle have died and many others have been loaded onto trucks and sent to the abattoir. We have battled to hand feed hay and cotton seed to our remaining herd, a daily task and we are thankful that we have a supply of bore water although our dams are dry. Many other farms we know have just run dry and they have removed all stock.

The local roads are busy with semis loaded with hay or trucks bearing potable water for those who are not on town water. Gardens and trees are dying and still we all wait, while the coast and Sydney and now the Townsville area, are swamped.

Every day we watch the Bureau’s forecast and note the clouds sweep across the ranges and dodge us again. It has now been nearly two years since useful rain and each time we only get 2mm or 3mm at a time so our once lush paddocks are now just stones and dirt. Our average rainfall has dropped from an average of 675mm to less than 320mm. 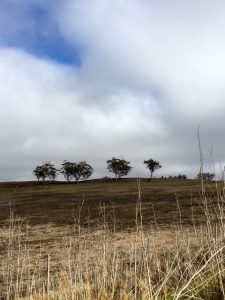 Today as we got ready to drive down to Sydney for a grand child’s birthday party, once again water issues dominate our day. Last Sunday we had been checking a leaky pipe and found that feral pigs had chewed through the poly pipe and created a fountain. Today all the troughs have to be checked as roos knock off floats and drain whole tanks. It is hot again and the weaners in the yards seem to have no water.

So my husband has to buzz around all the paddocks, like doing a ward round, to locate the problem before we go. The problem is located not far away, thank goodness and we set off down the M1.

The party venue is in a leafy suburb and the garden is lush and green. I reflect on my dried up garden beds and dead trees. But then our spirits are lifted by the sound of kids splashing and a cool, blue pool. It’s a pool party! They play and laugh and cavort for hours and I remember the joy of the pool we had before we moved to the country.

I think city people do not appreciate that water is gold. For us, if the bores dry up, we are out of business and the loss of a garden is inconsequential. The dichotomy of Dorothea Mackellar’s words is pertinent today, with droughts in eastern Australian and flooding rains up north.