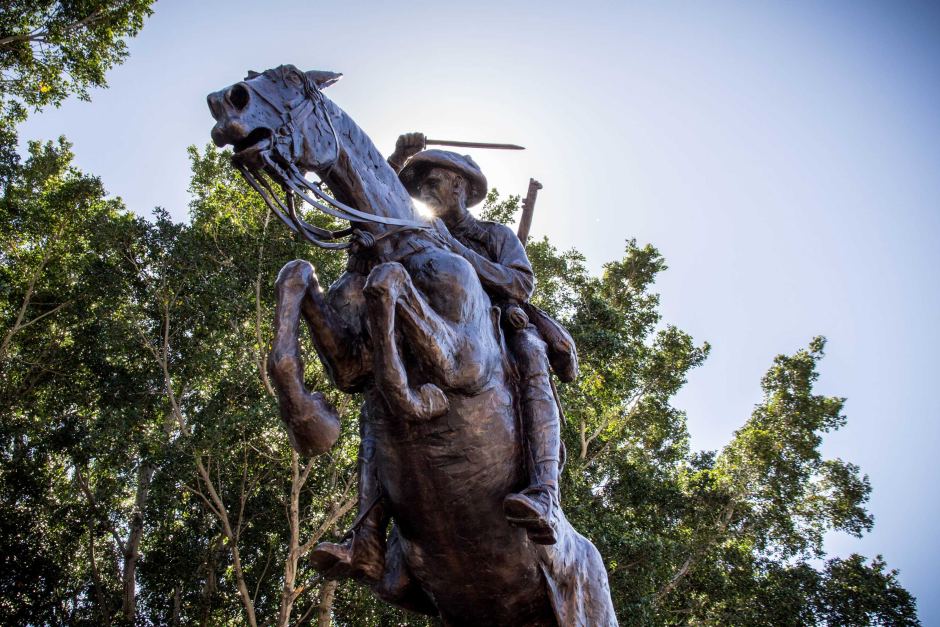 This is not my usual blog post about my farm or the animals. But it is about my valley, the Upper Hunter.

The 100th anniversary of the Battle of Beersheba has just been celebrated in the area, in Murrurundi and also Muswellbrook. The cavalry charge in WW1 involved many young men and their horses from this Valley and included the 4th and 12th Light Horse Regiments. In all 135,000 horses went to the war and only one came home.

My grandfather, Arthur Brown was in the 4th Light Horse (and the 9th) and served in the Middle East He did not have a connection with the Hunter Valley but instead he embarked from Adelaide and arrived in Suez in April 1916. He was wounded in August 1916 and again on 31.10.16, the day of the Charge.

This week a bronze statue is being unveiled in Muswellbrook, by sculptor Brett Garling, showing a horse leaping over the Turkish trenches. It is titled ‘Over the Top’. That day, 31 Australians were killed, 36 wounded and 70 horses died, including the legendary Midnight, owned by Guy Haydon. The Haydon family still has the bullet that lodged in Guy’s body after travelling through the horse, and probably saved his life.

In an area that celebrates the horse, it is fitting that such a fine statue should be created not only to remember the horses that those men had to leave behind but also the courage of those young men who fought so far from home.