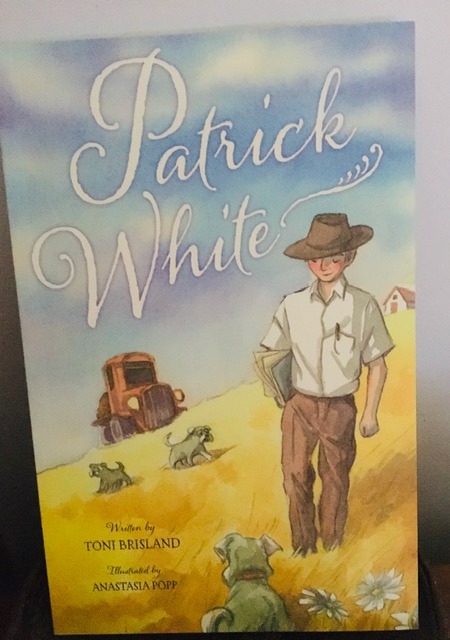 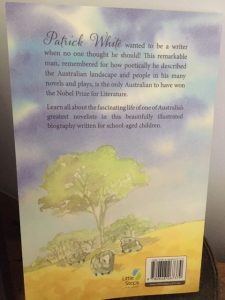 The review copy was supplied by the author and is a part of her book campaign with Books On Tour PR and Marketing, www.booksontourpr.wordpress.com

The renowned Australian author Patrick White has been part of my life since I was a student at Sydney University and in past years, before the HSC syllabus changed its focus, students could study one of his novels, The Aunt’s Story. However, now I don’t think there is any Patrick White novel on an H 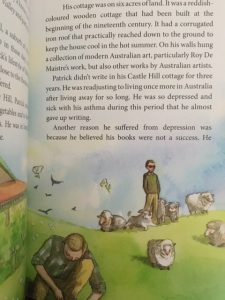 So it is timely that a book specifically for school aged children should appear, detailing  the background and achievements of Patrick White, the only Australian to have been awarded the Nobel Prize for Literature.

There are 10 chapters, beginning with White’s birth in London, then the family’s return to Australia and Patrick’s early schooling. He was to lead a disruptive life, travelling back and forth from Australia to the UK and as a young man he returned in 1929 to become a jackeroo.

The author highlights the difficulty White had adjusting to his British boarding school and his desire to be an actor. But he was just as out of place on the land, as the cover demonstrates and he had found his calling as a writer, writing three novels while working in the country.

This period of his life led him to Scone in the Upper Hunter Valley. One of the large properties east of Scone is ‘Belltrees’, owned by Patrick’s uncle and still run by his descendants. Scone runs a wonderful Literary Festival and part of the programme is the Patrick White Oration. 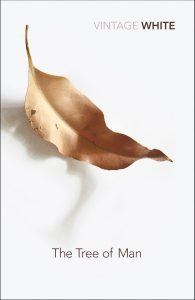 The inaugural oration was delivered by Dr Judy White in 2015 and she revealed many little known episodes that involved the young man Patrick when he visited ‘Belltrees’. The second Oration was delivered in 2019 by writer Christos Tsiolkas who revealed his admiration for the work of Patrick White. 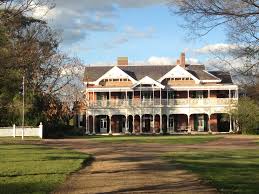 Toni Brisland follows Patrick through his writing life back in London, then his life with Manoly at Castle Hill and then to Centennial Park, in a very readable style, full of interesting information. She details all his work and also his many awards and includes an easy to read timeline at the end of the book.

There have been some fine adult biographies written about White but there is a need for a story simply told that will appeal to school aged children to remind them of this great literary legacy. It would be a valuable resource for any school or local library and hopefully encourage young readers to move from learning about the man, to reading his fine words.