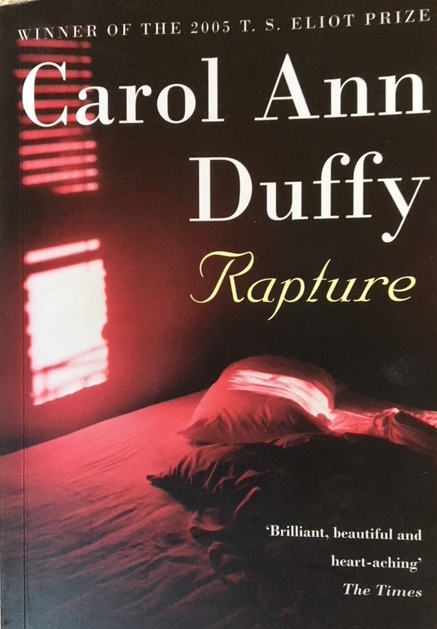 Poetry ‘There is nothing lost in love that can’t be found again in poetry.’ 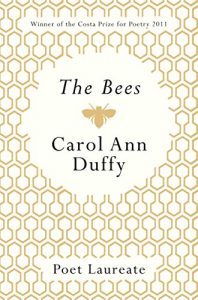 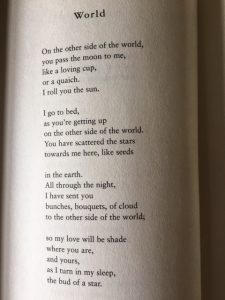 I recently re-discovered a book of poetry by Carol Ann Duffy, titled Rapture.

She won the T.S.Eliot Prize for this volume in 2005. It can be read like a novel, from start to finish and is an examination of modern love.

I posted one poem from the collection titled World which always offers me comfort when one of my adult children is far away, traveling on the other side of the world.

Carol Ann Duffy was appointed Britain’s’ Poet Laureate in 2009, the first woman, the first Scot and the first openly gay person to hold this position.

She was replaced in this role this year, 2019, by the poet Simon Armitage.

Carol Ann Duffy has written for both children and adults and won numerous prestigious prizes.

I am on the hunt for the works she has produced for children, including The Skipping Rope Snake and Moon Zoo.