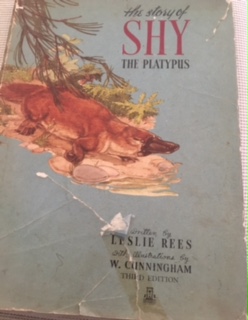 I have read many articles about how writers began their writing life. Some tell of how they began writing at an early age, sending off stories and poems to magazines and competitions and producing plays in their backyards.

But my journey to writing took a different tangent. I have always loved words and books were an opportunity to immerse myself in another world and dream there for as long as possible.

I had a supply of Enid Blyton books and particularly loved The Magic Faraway Tree and The Enchanted Wood because as a child I spent a lot of time climbing trees and exploring hidden places in the bush around my house.

But then an aunt opened up other worlds to me, where I discovered children and landscapes that closely resembled mine in Australia. My aunt was a striking beauty, but she was also a single mum with three children and she had to work full time. Only later in my life did I realise how well she juggled all the balls in her life.

My aunt’s gift to me was a special book on each birthday, a book with a silver or gold sticker, indication that it had won a prize in the CBCA Book of the Year Awards.

I remember Patricia Wrightson’s The Crooked Snake, Leslie Rees’ Bluecap and Bimbi and Joan Phipson’s Good Luck to the Rider and It happened one summer. I would curl up in bed and slide under the covers clutching a torch, so that I did not have to leave the pages of these entrancing books.

I now realise how lucky I was that the CBCA Awards had started in 1945-6 and that children’s literature flourished at that time and Picture Books became a major art form in the 1970s.

Now I am writing Picture books texts inspired by the stunning landscape of my valley and creating stories about the fascinating animals and birds that inhabit my world.