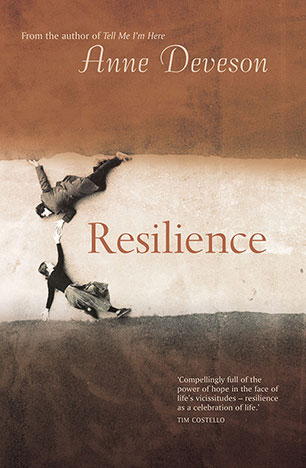 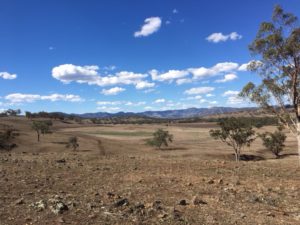 My latest blog was about the impact of drought on our land and our livestock, but of course such a devastating event also has an impact on people. the farmers and their families. The ABC produced a short video highlighting the crisis in our area and added a longer piece online.

The response of a local politician was not helpful. He said that ‘ the emphasis has been on resilience …on an individual farm level’ and that ‘there is no such thing as drought declaration any more.’ In other words, farmers have to tough it out for themselves and not rely on others.

The word ‘resilience’ is interesting and it derives from the Latin ‘resilio’ to spring back, to be able to face adversity with hope. Anne Deveson discussed the notion in her book ‘Resilience’, in which she explored the universality of the trait while also interweaving the story of her own tragedies. She concludes that resilience resides in engagement with life and she is not afraid to warn of the dangers of failing to nurture resilience in our youth.

This is so pertinent to life in rural Australia, where the suicide rate for young men is concerning. One of our neighbours lost their son to suicide a few years ago and since then they have directed all their energies into developing programmes in the local schools to teach young children resilience. The recent death of the young girl Dolly, highlights the dangers of bullying, cyber or otherwise and demonstrates that all young people are at risk.

Farmers are generally resilient. They have to be because they have no control over the weather patterns and even if they institute drought measures, as we have over the years, in the end all that is left is hope and some measure of optimism. It will rain again. And we will bounce back but in the meantime, it would be comforting to know that there are some fallback measures to get to that end point.