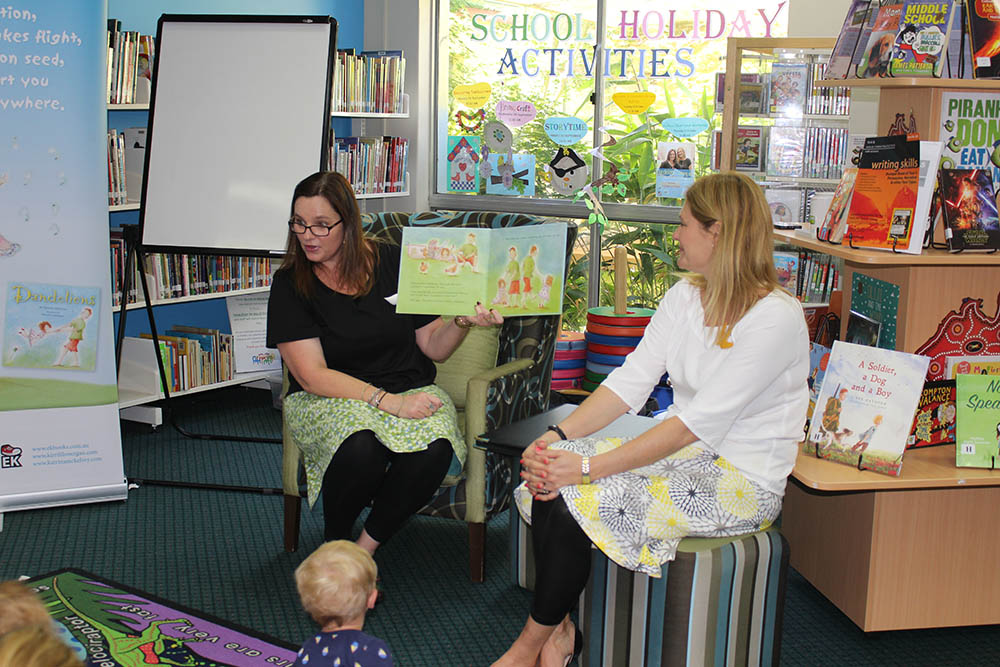 I had the pleasure to be involved in the Scone Literary Festival, held this year from 4th-6th November, in Scone, a rural town nestled in the green hills of the Upper Hunter Valley of NSW.

Friday was devoted to children’s programmes and two delightful presenters, Katrina McKelvey and Kirrili Lonergan, travelled from Newcastle to bewitch and entertain groups of 3 and 4 year olds with song, dance, drawing and of course reading from their picture book Dandelions. 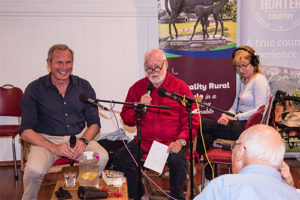 The weekend programme was diverse and stimulating. Our local treasure Phillip Adams, conducted two interviews as part of his Radio National programme. The first was with Walkley Award winning journalist Ross Coulthart about the war historian Charles Bean, and the second was with Hugh Mackay. Hugh’s book Beyond Belief explores the central question of how we find meaning and spiritual fulfilment in an increasingly secular age.

The Festival was blessed with wonderful weather, so that lunch and later the soiree in the garden were held in perfect conditions, enabling guests to sit, chat and sip wine while making connections with old friends and new. 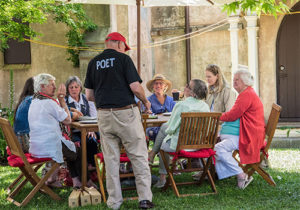 Author Courtney Collins, who grew up in the Hunter Valley, travelled from Arnhem Land to talk at the soiree about her novel, The Burial, a story inspired by the life of Australia’s last bushranger, a young woman called Jessie Hickman. The novel has been optioned for a feature film.

During the evening, guests were also entertained by the amazing talents of bush poet Tim McLoughlin as well as one of the pop up poets Rick Wright, who had also popped up during the day to entertain the crowd.

Other authors to feature were Cate Kennedy, Jo Riccioni and Terry Smyth.