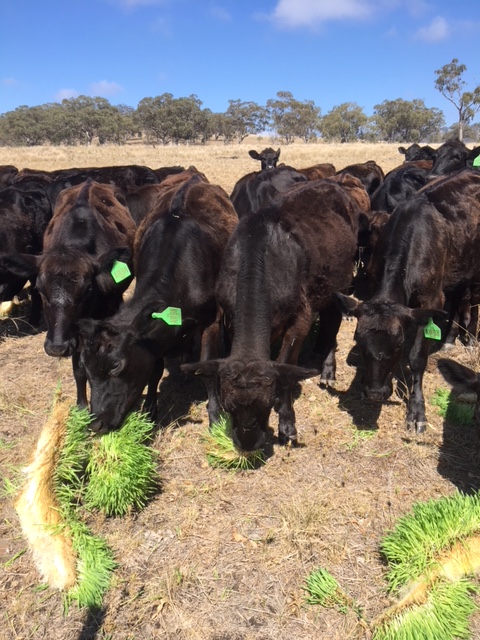 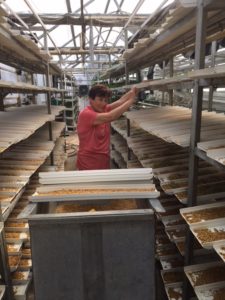 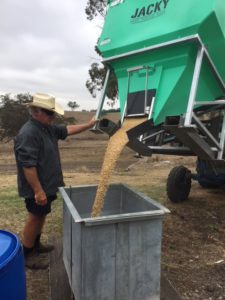 It has been a hard season; we have had no decent rain since March and we watch as the storm clouds gather, hover then divide and head away from us. We have seen it before and years ago we instituted measures to try and drought- proof our property.

We practise time controlled grazing, a measure that originated in Sth Africa. We have divided up our acreage into 100 acre cells, all centred like the spokes of  a wheel around a central watering trough. There are about five  cells in each configuration and the cattle are moved every three or four days depending on the rainfall events.

This means that they are always moving onto fresh pick, and because they do not come back to this point for more than 100 days, the feed, the native grasses, have time to recover and shoot again. It has just been pruned and not eaten down.

But sometimes this is not enough, so we also built a fodder shed where we grow barley hydroponically. In summer it only takes a week for the barley shoots to germinate and sprout and grow into a thick green matting. We take out a load each day and feed mainly steers that we want to turn off soon. They love every bit of it, shoots and roots and all, and they fling the biscuits gleefully into the air when we toss it off the trailer or off the ute.

The shed is watered automatically at regular intervals and we keep the roof cool with shade cloth. With the radio and the cricket on, the time taken to load the trays is not too bad and it is quite meditative. We have refined our technique over the years and when once we screed it and evened it all off, how we just load it in a swish and the barley seems to find its level and grows anyway. 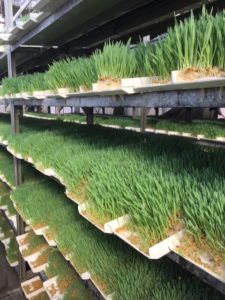 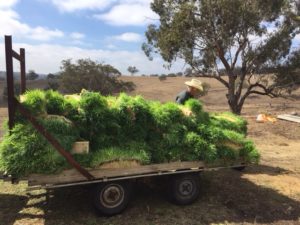 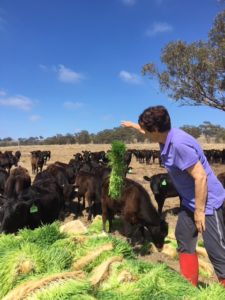 After the barley has been removed, the trays are soaked in bins until they are clean and white and then ready for the next load which is loaded from a Jacky bin outside, left to soak for a few hours then drained. And so it goes on. All through the dry until it rains and the green shoots start to appear in the paddock. Then we can shut it down for another year.Until the next dry.