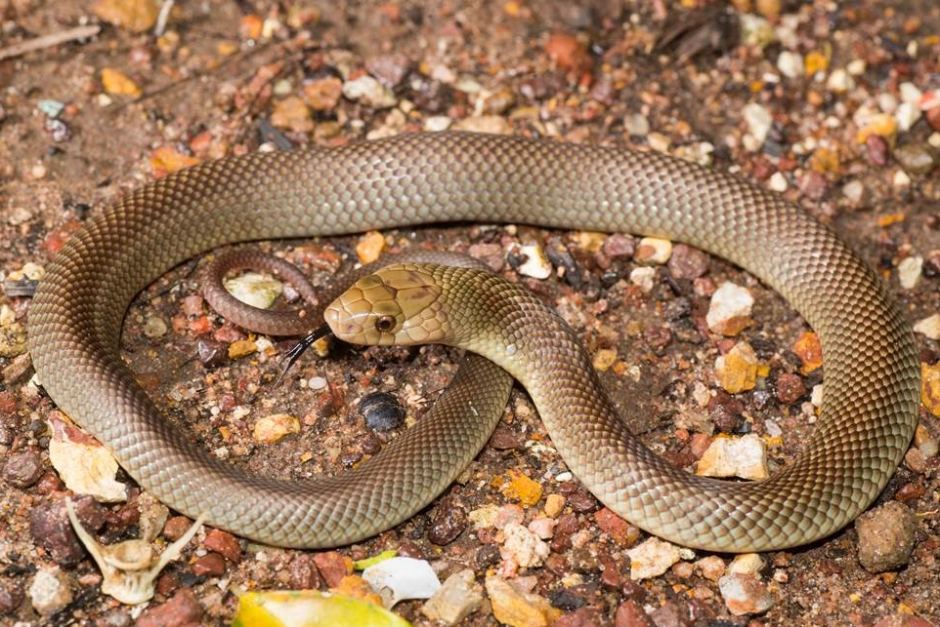 It has been a dry winter. The feed in the paddocks is crackling dry and every day we wait for rain. Now, in early spring, roos and wallabies are moving closer to the house to nibble the few patches of green grass and we have seen quite a few snakes.

Stories of snakes and the Australian bush are archetypal, representing  the eternal struggle against nature. They have been made legendary in tales such as Henry Lawson’s The Drover’s Wife, a story penned in 1892. Lawson’s description of ‘a few she oaks which are sighing above the narrow almost waterless creek’, could be an accurate portrayal of the creek at my farm in 2017.

And snakes sometimes invade the house as happened in Lawson’s story.

A woman and her young family are alone in a hut, miles from anywhere when one of the kids spots a snake. It disappears under the house and the woman spends the night in the kitchen with all her kids bedded down on the kitchen table, while she and the dog watch and wait for the snake to work its way through the cracks in the floor.

Last week I just happened to see a tail flicking along the end of the hallway and into a bedroom. I yelled to my husband, (who had not gone droving!) and who at first was going to try and remove it, but when we realised we were not sure if it was a black or a brown, we thought better of it.

I googled ‘snake handlers’ and finally was put onto Gavin, a snake handler from a town one hour away. He is a welder by trade but agreed to come after work. He advised us to stack wet towels along all the three doors so as to be sure the snake was corralled, so we did and sat quietly outside watching.

We had placed a saucer of milk near the bed to entice the snake out as did the Drover’s Wife, but this did not seem to work, though we did see his head once or twice as he slipped out from under the bed and looked around. In Lawson’s story, ‘the reptile, as though suddenly aware of danger, sticks his head in through the crack on the other side of the slab, and hurries to get his tail round after him.’

As darkness fell, Gavin appeared at the back door in his high viz shirt and with his gear. He proceeded to search all the corners of the room, finally locating the snake behind a bedside table.

In Lawson’s story, the dog and the woman work together to kill the snake: ‘The head rises to dart about, but the dog has the enemy close to the neck…. Thud, thud — the snake’s back is broken in several places. Thud, thud — its head is crushed’

Gavin had a short battle using his long wand, but finally pinned its head, grabbed its body, did not kill it but manhandled it into a bag and then into a box which he taped up.

‘Lucky you didn’t come across that one,’ Gavin said. ‘It’s a King Brown. I’ll take it to my mate in Newcastle.’

We farewelled Gavin and the snake and spent a restless night, listening for further rustlings, hoping all the cracks under the doors were well sealed and that the snake did not have any siblings nearby.

I felt great admiration of the Drover’s Wife and her dog.