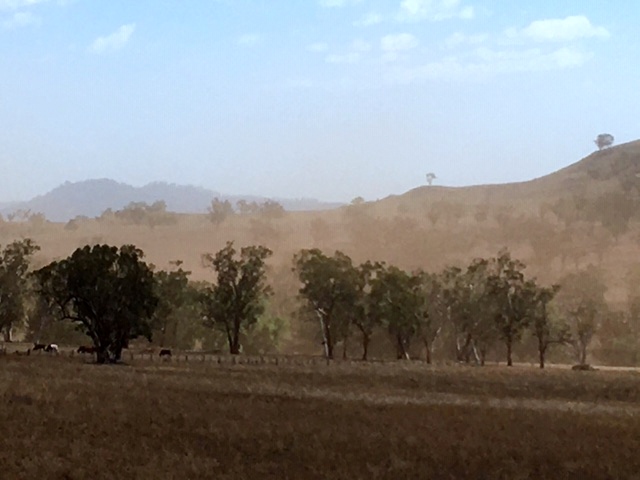 This is the third October we have had to feed our cattle.

This October we should have had 60 mls of rain. 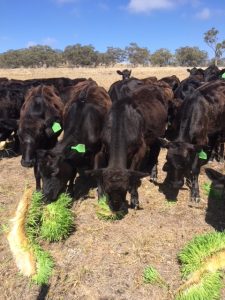 Instead we have had 17mls.

Yesterday the strong winds whipped up dust from the neighbours’ paddocks and blotted out the hills.

Today the sky is clear. But our paddocks are dry and crackling and the only green patches are the nasty prickly stalks of the saffron thistle.

It is more than 100 days since any cattle were here and if it had rained, there would have been some fresh pick.

Instead, we drive out with a load of barley shoots and a large bale of hay.

The cattle hear us coming and race towards us.

The canny ones start to rip at the bale before we have unwrapped it properly and we have to urge them away as we roll it off the ute and help it on its way down the hill.

Under the trees in the shade are small groups of cows with tiny calves.

They will wait their turn and tomorrow a mate will look after their bubs while they have a feed.

And the pattern repeats.