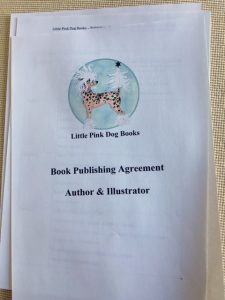 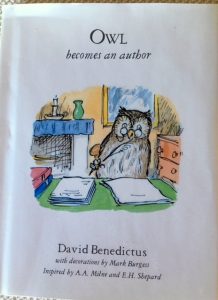 In 2015 I completed a Picture Book course on line with Cathie Tasker, through the Australian Writers’ Centre.

I was not new to writing as I had been writing for adults for some time and been guided by such writers as Sue Wolffe, Kate Llewellyn and Glenda Adams.

But with the arrival of my grand children I re-discovered my love picture books and of course I had an urge to create one or two myself.

I trawled through the library shelves and bought far too many books, examining the voice, structure and characters in the best Picture Books.

I had heaps of ideas that I played with and I wrote a wad of stories and then began submitting to those publishers who were open.

My stories headed for the slush pile and there was quite a long silence.

Undaunted I kept learning, attended conferences, even bravely pitched at a couple of Speed Dating events!

I discovered Facebook groups with wonderful supportive authors and illustrators. First there was Just Write for Kids, then Creative Kids Tales and finally Jen Storer’s Girl and Duck.These online groups meant that even though I lived far from any large centres, I could interact with other writers as well as publishers and editors.

A friend was not sure I could make the distance and persevere. She gave me a little book. It was inspired by A.A.Milne and called Owl becomes an Author.

Owl begins his writing career with great enthusiasm despite the distractions of his friends but it all becomes too hard and he quits. His unfinished manuscript serves later as a draught excluder.

I did not take this as a warning but instead I decided to be brave and take a few risks.

I kept sending the stories off. I kept writing and reading. 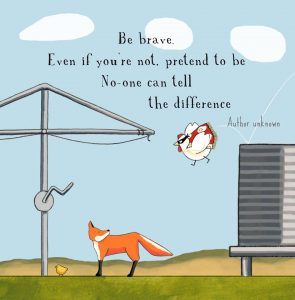 And then I got an email from Peter and Kathy Creamer of Little Pink Dog Books, to say they were offering me a contract!

What an amazing gift…a publishing company whose raison d’etre is to offer opportunities especially to emerging authors and illustrators.

Little Pink Dog Books is a small company based in Armidale, NSW and they have already published a large number of beautiful picture books.

As I live and work on a farm. many of my stories come from this life, and this story, called Buster Follows his Nose, is about a farm dog who despite ageing and losing his youthful verve, can still be a hero.

I can hardly wait to hold my book in my hands and sit a grand child on my knee while we read the story together.