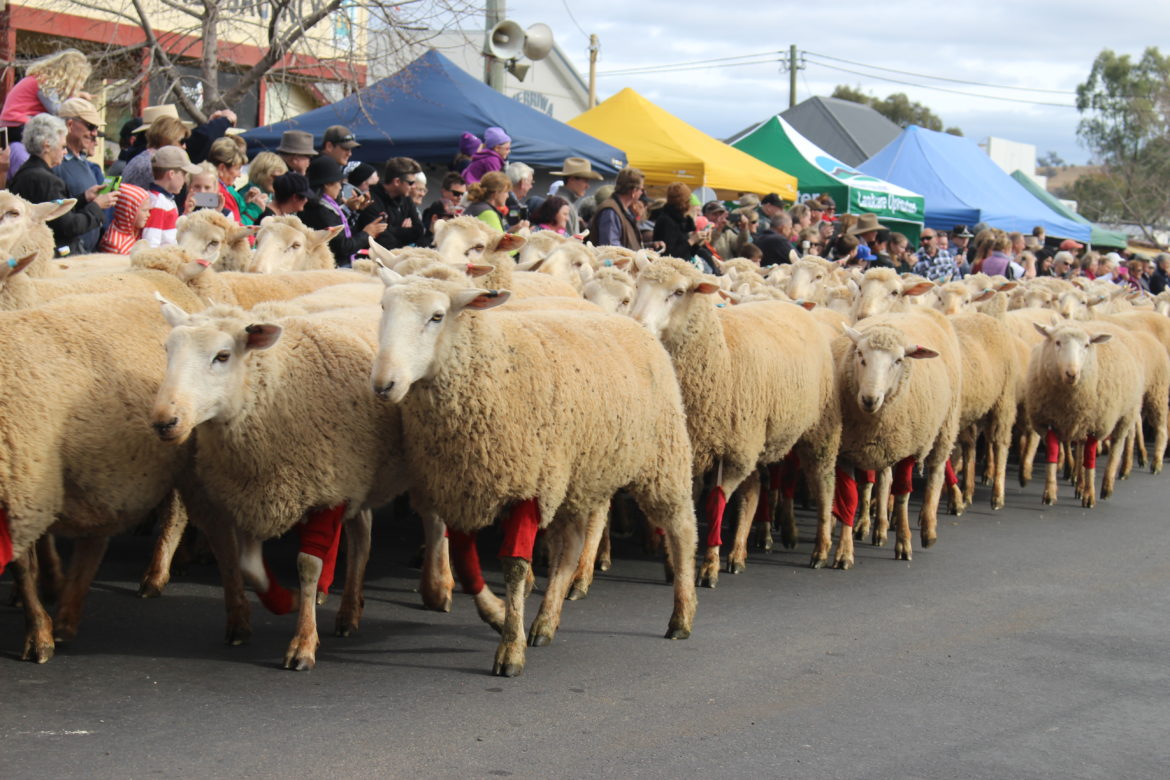 The Merriwa Festival of the Fleeces

Never work with animals or children!

The pitfalls were evident at this year’s Festival of the Fleeces in the town of Merriwa, 35 kms from our place. The town only has two big events a year and the Merriwa Races held in May had to be cancelled after the first race because of rain.

The Festival has been washed out in other years but this time it was just overcast with a few spits of rain, not enough to discourage the crowds who lined the main street.

The feature event of the festival is the Running of the Sheep, not as dangerous as it sounds but not without some issues. Last year the mob, attired in their red Holeproof socks moved down the street in an orderly fashion but this year, they just refused. 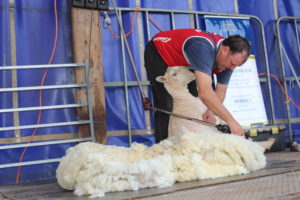 The mob milled around, turning in circles, around and around and not progressing at all despite the lure of a ewe up the front and a Shetland pony. They just refused to cooperate.

The crowd tried to urge them on and a kelpie or two was dragged in but crowd safety is always an issue, as years ago the mob ran amok around the stalls and rampaged through the local IGA store.

To add more rural flavour to the Festival there were demonstrations of shearing and high jumping for the dogs as well as a Bush Poets breakfast.

The sheep were finally trucked off after their embarrassing performance and perhaps next year, a more amendable mob will be found and trained up for a few weeks before the event.