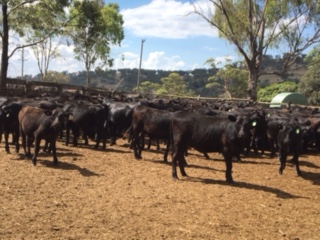 At times, I forget that my life is quite different to many others. But sitting at my computer I glanced out the window to see a fat black cow galumphing around my garden. Someone had not shut the driveway gate and the new group of cows decided to explore, maybe drawn in by the sound of 500 other cows in the yards, who had just been drafted off from their calves. The cows are to be preg tested tomorrow. A slight indignity.

We shifted the delinquent cows back into the front paddock, shut the gate and then as I walked back over the grid a huge grey roo leapt out of the bushes. It regarded me haughtily, then as I shooed it, it bent down and squeezed under the fence, obviously a track it knew well. 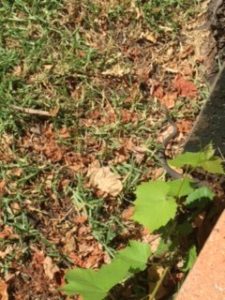 As I approached my back door I saw a dark line; a thin, young black snake trying to get under my draught excluder and into my kitchen. I remembered that last year at about the same time, a bigger black snake had snuck in and slithered under my dishwasher. It took several hours and constant monitoring, to entice it out with a saucer of milk and urge it away from the house.

So that is three incidents in half an hour. If I told you about the week or month, I would have a novel. Now there’s an idea! Life at Thistle Farm.

PS The small black snake is hard to pick under the grape leaves and in the grass.