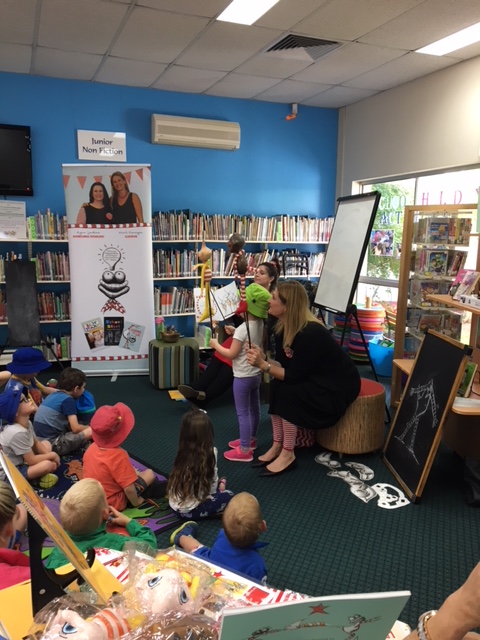 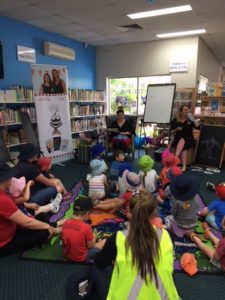 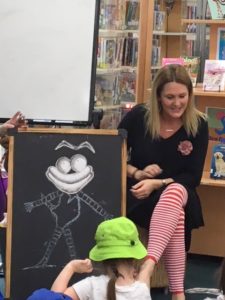 In Scone Library on Friday 10th November, groups of pre-schoolers experienced maybe for the first time, the power of the singing bowl. It was played by Children’s author Lynn Jenkins, in order to reveal the art of mindfulness to the children.

Lynn and her illustrator Kirrili Lonergan have written a series of books as resources for kids, parents and teachers, to help them think more positively and deal with anxiety and worries. In the first book in the series, Lessons of a Lac, the Little Anxious Creature meets Curly who is much more laid back than him. The children were entranced by the puppets of Lac and Curly and the interaction between the characters was made concrete for them.

Then Lynn bought out the singing bowl. All the children became quite silent and breathed in and out slowly.  Lynn explained that they can control their emotions and anxieties, and that some of their fear may come from situations like starting school or making a friend.

Their latest book Ollie’s Treasure, is a book about paying attention to what is around, a journey of the senses, to reach a state of simple mindfulness. After Lynn read the book, the children cried out, ‘Play the bowl again. Play the bowl again!’ It seemed that they fully understood its power.